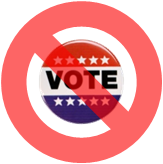 What’s your most precious resource? Think about it for a second.

The answer’s your time!

It’s precious because it’s a finite resource for which competition is fiercer than ever.

No prizes, then, for guessing what your audience’s most precious resource is. Yup, they’re time-hungry too, just like you and me.

It’s wasting listeners’ time, or more accurately, failing to show you’re not wasting people’s time. Time-wasting’s a big enough problem in face-to-face talks (think “death by slideware”), but it’s even more so online, where people are even less patient.

I’m willing to bet that you sometimes waste people’s time if you present online. I know I have at times! That’s because there are a couple of near-universal time-wasting habits that webinar presenters use. And not only do everyday presenters use them, recognised webinar experts advise people to use them, too!

(By the way, you don’t have to run public webinars to be an online presenter. Even if you present at internal work meetings using something like Live Meeting, GotoMeeting, or Adobe Connect, then this post’s for you too.)

Here are 3 of the commonest ways to waste people’s time (solutions to which you’ll find in this follow-up post):

So what can you do to avoid those 3 time-wasters? In an upcoming post, I’ll offer solutions for them all.

What do you think is the #1 mistake presenters make online?
Please enter your comment below.

Check out these related posts

9 thoughts on “Do you make this #1 mistake when you present online?”