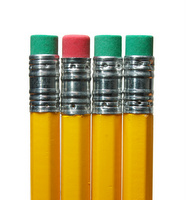 In just 2 minutes, this video shows you 4 simple ways to design your slides like a pro.

(You can even jump straight to slide 12 to see the 4 slide layouts in under a minute!)

If you prefer to see the layouts in screenshots – which can be even quicker than watching the video – Ellen recently published 3 of the layouts in a short blog post.)

Many thanks to Ellen Finkelstein for creating the video. Ellen’s a PowerPoint MVP and has an active blog with hundreds of tips and other resources.